International auditor CESP presents the results of the independent expert evaluation of Mediascope’s TV audience measurement (TAM) system, including settlements of less than 100 000 inhabitants (Russia 0+), launched in 2019. According to the report, the existing TV measurement system, as well as the technologies used by Mediascope, meet quality requirements.

On September 15, at the Hyatt Regency Moscow Petrovsky Park hotel, Olivier Daufresne, the Associated Director of the independent international auditor CESP, presented the results of an assessment of the Mediascope’s TV audience system, including a report on the audit of the Russia 0+ TV-panel, launched by the company in 2019. This is the first time such an audit of the Russia 0+ Mediascope panel has been carried out. CESP has once again confirmed that the Mediascope TV measurement system ensures the high quality of the TV measurement. However, CESP reminds some major recommendations to comply with international standards that has been discussed by Mediascope and the media industry for 5 years.

The audit was carried out from April to September 2021 by CESP representatives, the study period was January 2019 - March 2021.

During the comprehensive audit, CESP held a number of meetings with industry representatives to find out their opinion on the current state of TV research, and also studied in detail the information and documentation provided by Mediascope to confirm the compliance of the existing measurement system with international standards. Experts also studied and analyzed all stages of the TAM system TV Index, including conducting an establishment survey and forming a TV panel, the functioning of measuring equipment (peoplemeters), a monitoring system, and data collection and processing procedures.

Special attention of CESP was paid to the expansion of the panel in small towns and villages, which was carried out by Mediascope in a difficult for the whole world year 2020 (this part of the sample was doubled in 2020 and currently amounts to about 2,200 households in more than 1,700 settlements). Despite the difficulties in connection with the pandemic, the maintenance of the Mediascope’s TV panel went smoothly and in compliance with all safety requirements.

To assess the accuracy of the recorded data on TV viewing, the reliability of the socio-demographic characteristics of the respondents and their compliance with the rules for participation in the study, CESP experts visited randomly selected households in settlements with a population of less than 100 000 people (32 families from 6 regions of Russia). These visits took place without the participation of Mediascope’s representatives in order to maintain the independent nature of the assessment.

As a result of the audit, CESP presented a detailed analysis and assessment of the Mediascope TV measurement system. The general conclusion of the auditors is that the system is in good condition and meets high quality standards.

Besides, CESP noted that, despite the difficult situation around the world because of the pandemic, Mediascope, in dialogue with the industry, did a good job of developing a TV measurement system based on the audit conducted in 2016. In particular, Mediascope has significantly reduced the duration of the establishment survey interviews, increased the number of interviews on mobile phones, reduced number of households with duration into a panel more than 8 years.

At the same time, the auditors emphasized a number of recommendations to be fully aligned with international standards. However, the implementation of some of the recommendations still requires a general industrial solution.

As before, Mediascope is in close dialogue with the industry on the implementation of the auditors' recommendations and is ready to further develop the TV measurement system in accordance with the market. 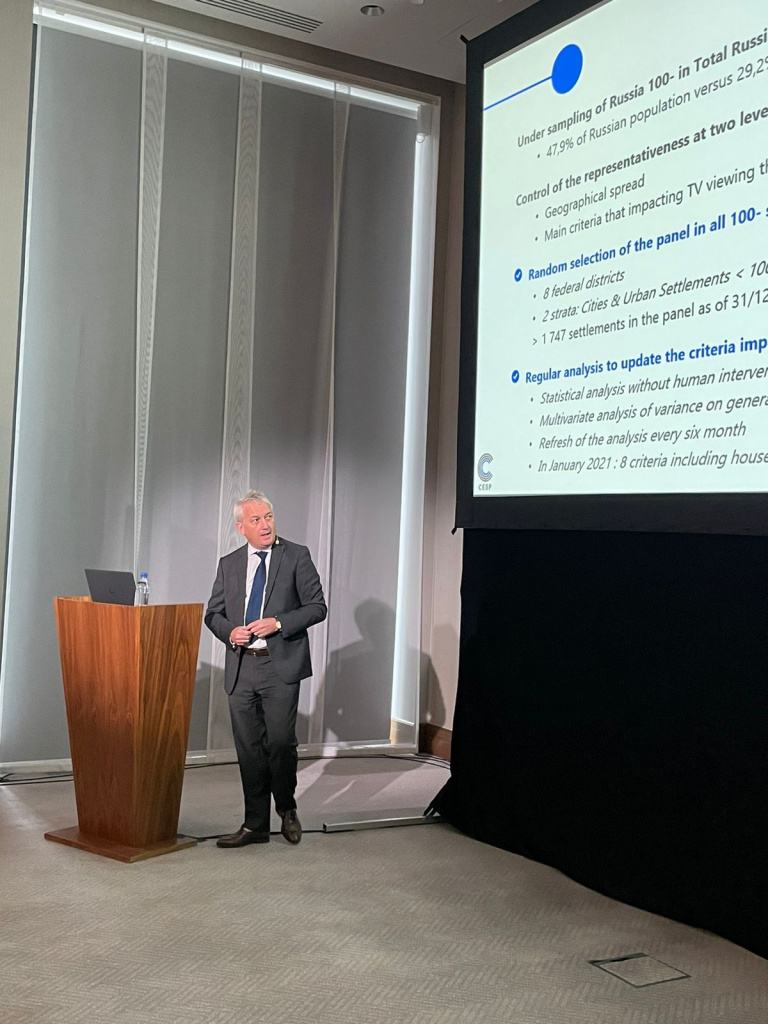